After a long and difficult process, the family of Aaron Bailey has chosen to settle their suit against the City of Indianapolis, Officer Michal Dinnsen, and Officer Carlton Howard.  The Estate of Bailey filed its complaint with the Indiana Southern District Court for the killing of the unarmed Aaron Bailey by the two Indianapolis Metropolitan Police Department officers on June 29, 2017.  The complaint sought relief under 42 USC 1983 for deadly injury and violations of the 4thand 14thAmendments to the Constitution by the officers and the City of Indianapolis.

As part of the settlement, the City of Indianapolis has agreed to implement de-escalation training for all members of IMPD.  A series of public meeting will be held to discuss the training program with the public.  The family of Aaron Bailey recognizes that successful de-escalation in police encounters requires cooperation of both officers and civilians. They hope the public will participate in the open forum, with the goal of stopping future needless deaths.

No Excuse For Elder Abuse, Yet Nursing Homes Make Them All The Time 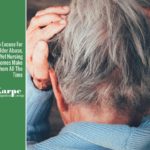